Amber Rose broke down in tears while addressing hundreds at her Slut Walk in LA.She says it hurts to be judged and called names just because of the way one dresses or who a woman dates.She also took the opportunity to forgive her exes Kanye West and Wiz Khalifa, saying she wanted to ‘let all of that negativity go.’..According to VH1,she said

I’ve decided to have this Slut Walk for women who have been through sh*t. Even though I am up here crying I want to be the strong person you all look up to and do apologize for all guys

I want to forgive Kanye about what he said about me. I want to let all of that negativity go.”

“He went on to make a song saying that he fell in love with a stripper, but fell out of love quicker. As you can imagine, him being the love of my life, regardless of us going through a separation or not it was extremely hurtful.” She later apologizes to Wiz about his hurtful lyrics, “I also forgive Wiz for what he said. Wiz actually apologized to me already, so I have forgiven him.” 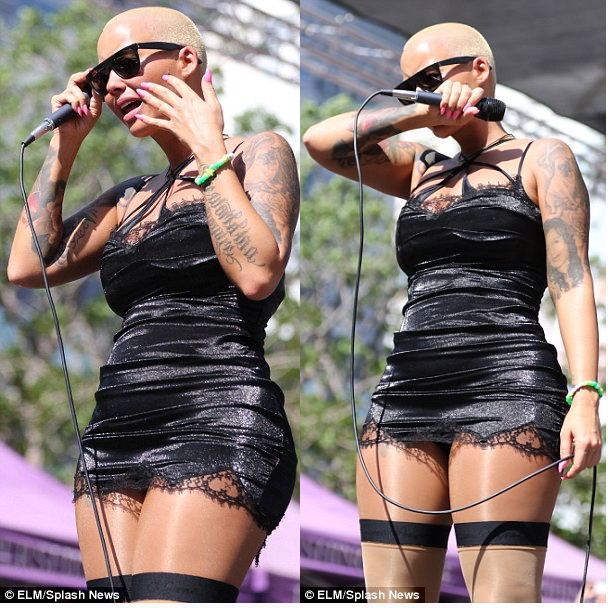 The Rebirth; Bushai weave to shake the foundations to the Ghanaian fashion industry

Dressing For The Red Carpet For VGMA 2018

Will Smith Says He Will Not Attend The Oscars This Year

2020 Stunning #African Fashion And Designs For The Gorgeous Women Fashion...

2020 MOST STYLISH AND AMAZING AFRICAN CLOTHING: TRENDY AND SUPER CUTE...

2020 LATEST AND MOST STYLISH AFRICAN FASHION DRESSES: FLAWLESS AND AMAZING...

9 Reasons To Stop Chasing After That Crush

See how Two Nigerian women fighting over a man while exposing...