Enjoying the fun and fame that has come with her new lease of life, Olajumoke Orisaguna the bread-seller turned model, is basking in the attention of both local and international media, the latest being the international news network, CNN.

After having her story published on many news sites all over the world, Olajumoke was featured on CNN on 12th February.

In an Interview with Stephanie Busari of CNN, Olajumoke and TY Bello shared with the world the story of how photo bombing a shoot with International star, Tinie Tempah, has turned her life around in a most magical way, from an unknown bread seller to a model who is now on the road to attaining International fame and prominence.

Read how CNN reported it.

It’s a classic case of being in the right place at the right time. A young street seller oblivious to the scene ahead, her wares perched atop her head, photobombed a shoot and in that split second her life changed forever.

Jumoke Orisaguna is a mother of two who used to walk the streets of Lagos selling bread. Originally a hairstylist from Osun State, south west Nigeria, she was struggling to make ends meet, and left her husband and two children in their home town to become a street vendor in the economic capital.

Now she’s about to become a top model; signed to a modeling agency and gaining international fame and prominence.

“I didn’t think I made a great image,” Bello says, but once she posted the shots on social media, interest in Jumoke exploded.

“When the photographs landed for the first time on social media, everyone immediately thought she was a model,” Bello explains.

“No one believed she just walked past. It occurred to me that if everyone thought she should be a model then maybe she should be one, then the search for her began.”

A contract with Few Models followed and soon Jumoke’s face will appear on billboards after landing a lucrative contract.

“I never expected this would ever happen to me,” says the erstwhile bread seller. “My friends have told me they saw me on the TV and they are really happy. My parents cannot believe their own child can become such a success. They are all so happy.”

Now the mum of two has been given a scholarship to complete her education, and a bank has offered to pay for schooling for her two children, aged five and one, until university age.

“Everyone connected with the story because everybody has dreams,” argues Bello. “This is a very tough time in my country… Everyone is looking for that magical break… I think this is definitely divine because the way people have connected with it is just phenomenal. It’s a phenomenal story.”

It’s really very amazing how one’s life can be turned around just in a twinkle of an eye. We all pray for miracles but some times when it eventually comes, it feels so unreal and hard to believe. This is the case with Olajumoke, the mother of two, who is clearly yet to fully come to terms with the fact that her fortune in life has changed just within two weeks. With her story, i’ve learned to say a louder Amen to prayers pertaining to meeting with unmerited favour!

See more pictures and video below: 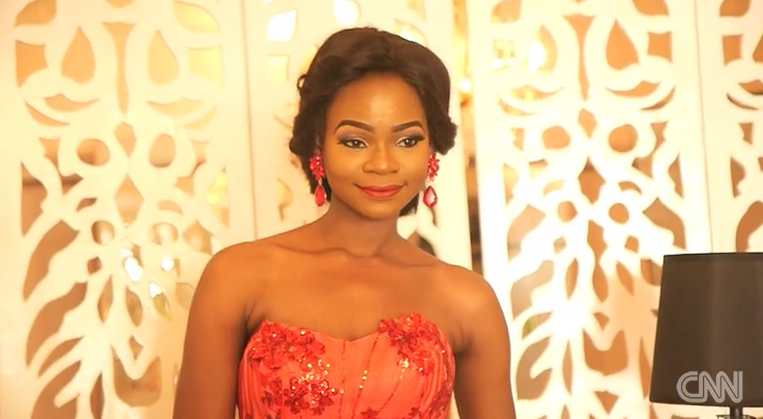 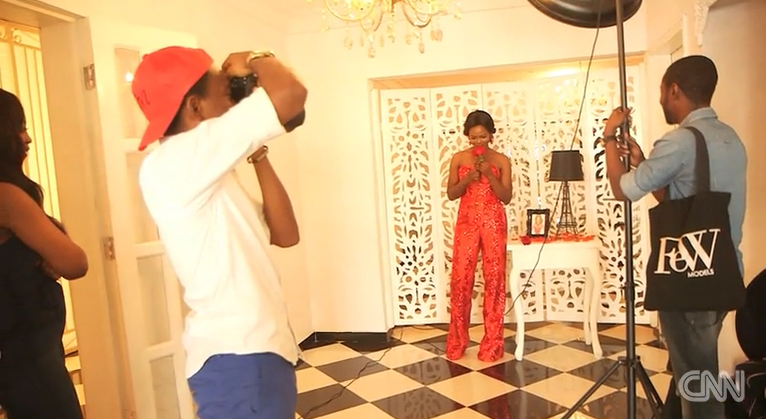