African Bush Mango Seed popularly known as Ogbono has its botanical name as Irvingia gabonensis and is also called wild African mango or bush mango. The Igbo people of Nigeria call it Ogbono and Yoruba people call it Apon.

Ogbono which is called “Apon” by the Yoruba people of Nigeria is indigenous to the humid forest zone from the northern part of Angola, including Congo, DR Congo, Nigeria, Côte d’Ivoire and south-western Uganda but is planted in parts  of  southern Cameroon, Ghana, Togo and Benin.

The tree which is present in the tropical wet and dry climate zone grows naturally in canopied jungle, gallery forests and semi-deciduous forests and produces edible mango-like fruits, and are especially valued for their fat and protein-rich nuts. The fruits can be eaten fresh, processed into jelly, jam, juice and sometimes even wine. The pulp has also been used to prepare black dye for cloth coloration. Compared to the seed, the fruit is only a tiny resource.

Also See: 10 Nigerian Foods You Must Eat Before You Die (Part I)

The seed, which is the Ogbono nut can also be eaten raw or roasted but they are mostly pounded into butter or a chocolate-like block. Ogbono seeds can be pressed to produce an edible oil or margarine which is used for cooking.

The oil can also be processed further into soap, cosmetics or pharmaceuticals. The pressed cake can be used as cattle feed or grounded/crushed and used as thickening and flavouring agent in soups and stews. In Nigeria, the seed is popular for making soup. Ogbono soup also known as Draw soup because of its slippery nature helps the lumps of solid food slide down the throat to the stomach.

Several research and studies have shown that ogbono Seed or kernels contains about 18 amino acids and that it is a good . of nutrients, vitamins and minerals such as calcium, magnesium, potassium, sodium, phosphorus and iron.

The Research also showed that the seeds have beneficial effects on diabetes and obesity as well as in lowering cholesterol, and increasing antioxidant and gastrointestinal activity. 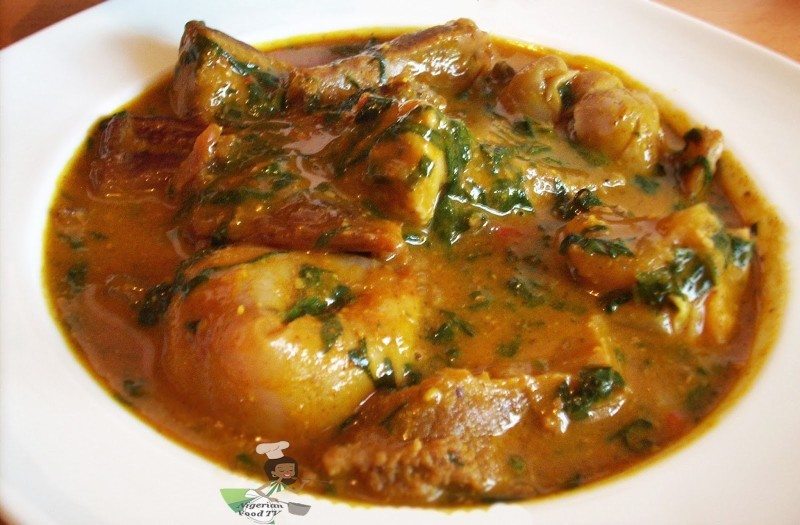 According to the research, consuming ogbono would help with the following:

Ogbono aids weight loss by increasing the levels of leptin in the body, a hormone that reduces appetite and by inhibiting an enzyme called glycerol­3­phosphate dehydrogenase, which reduces the amount of blood sugar converted to fat.

Reduces Cholesterol Level:
Due to its contents, ogbono is not only good for weight loss, it may also serve as a great food to help control diabetes and ward off high cholesterol and the development of atherosclerosis.

Ogbono seed is also rich in protein which is good for body building. As earlier mentioned, the seed contains vitamins and minerals which are good for the body. It contains thiamine, riboflavin and niacin. The approximate fatty acid composition is myristic acid 33-70 per cent, laureic acid 20-59 per cent, oleic acid 1-11 per cent, palmitic acid 2 per cent and stearic acid 1 per cent. The contained amino acids are reasonably balanced for human nutrition. Since lysine, tryptophan, valine, threonine, isoleucine and phenylalanine have high concentrations in the seed, first limiting amino acids are methionine and cysteine.