Touching pictures of a stunning beauty queen’s humble appreciation as she kneels at her mum’s feet next to a row of wheelie bins have gone viral.

After winning the coveted title of Miss Uncensored News Thailand in 2015,Khanittha ‘Mint’ Phasaeng’s reaction was to thank her mother for everything she had done for her.

The 17-year-old returned to her home in Amin, Thailand and got on her knees by the rubbish which her mum makes a living from collecting and recycling.

In Mint’s culture, kneeling in gratitude is the highest form of respect, and Mint said that she was never ashamed of working with her mum, who raised her alone, in the rubbish .

“What I have today is because of my mother. She and I make a living by doing honest work, so there is no reason why I should feel inferior.”

Thanks to the win, Mint has lined up work as a model for advertisements and acting, but she says her mum is unchanged by her success.

“The family will continue to be scavengers. My mother will still go and sort garbage and is not willing to let me help.” 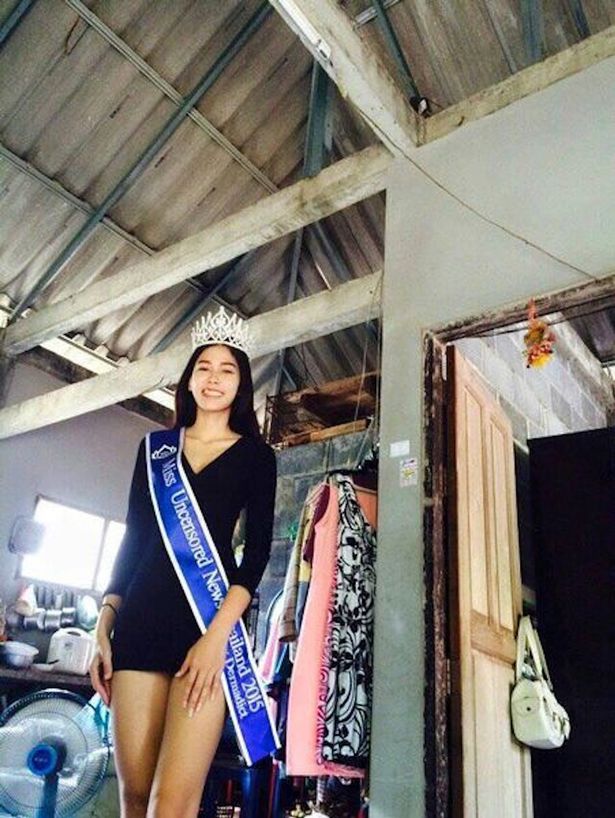